Rock cities and fortresses of Georgia 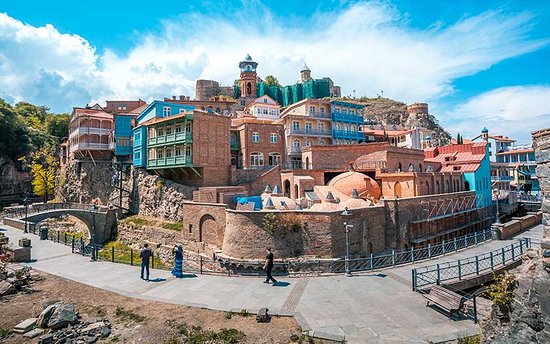 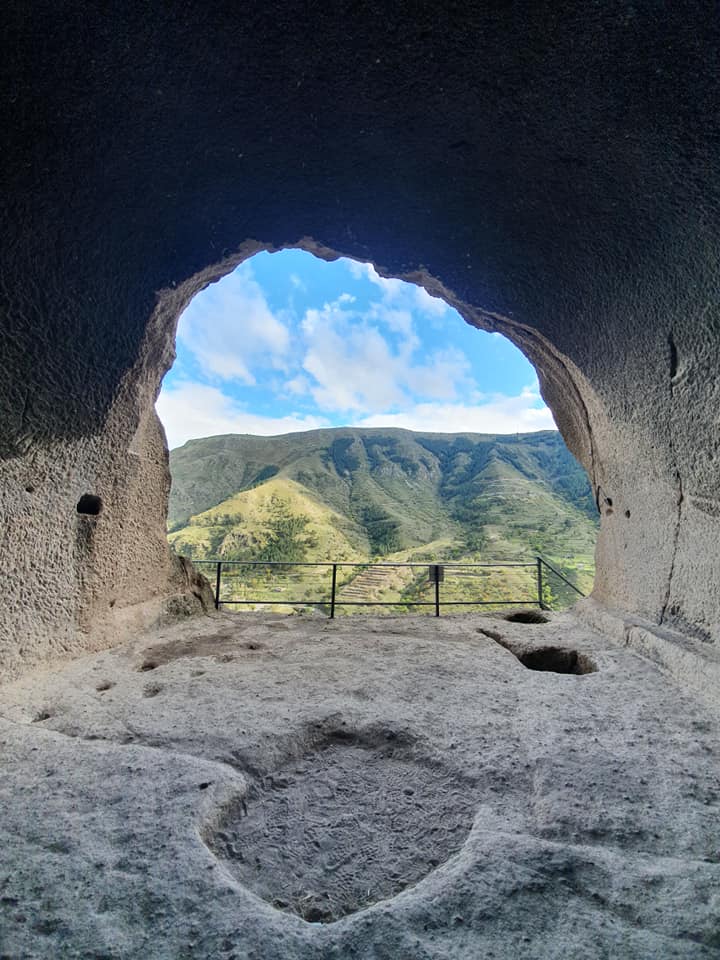 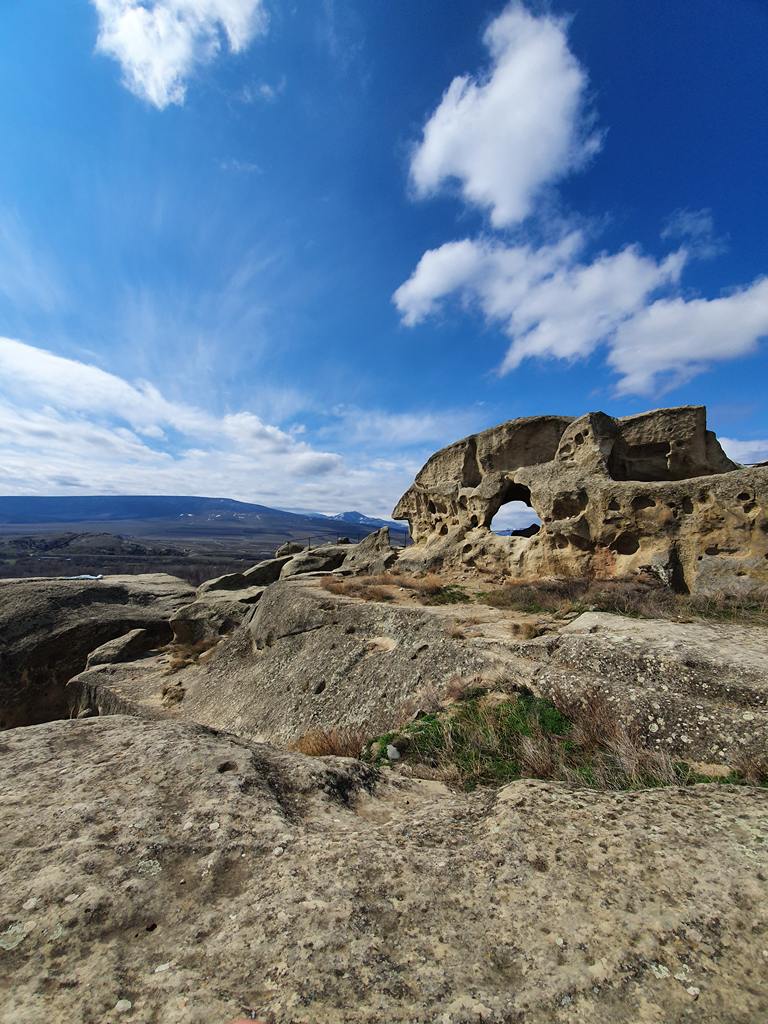 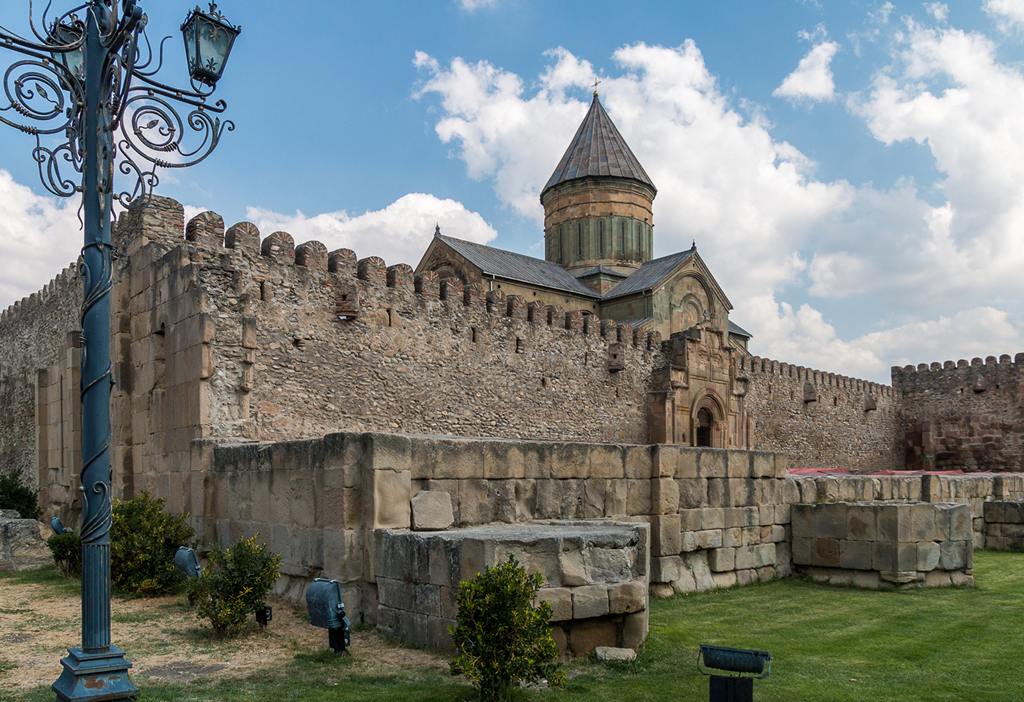 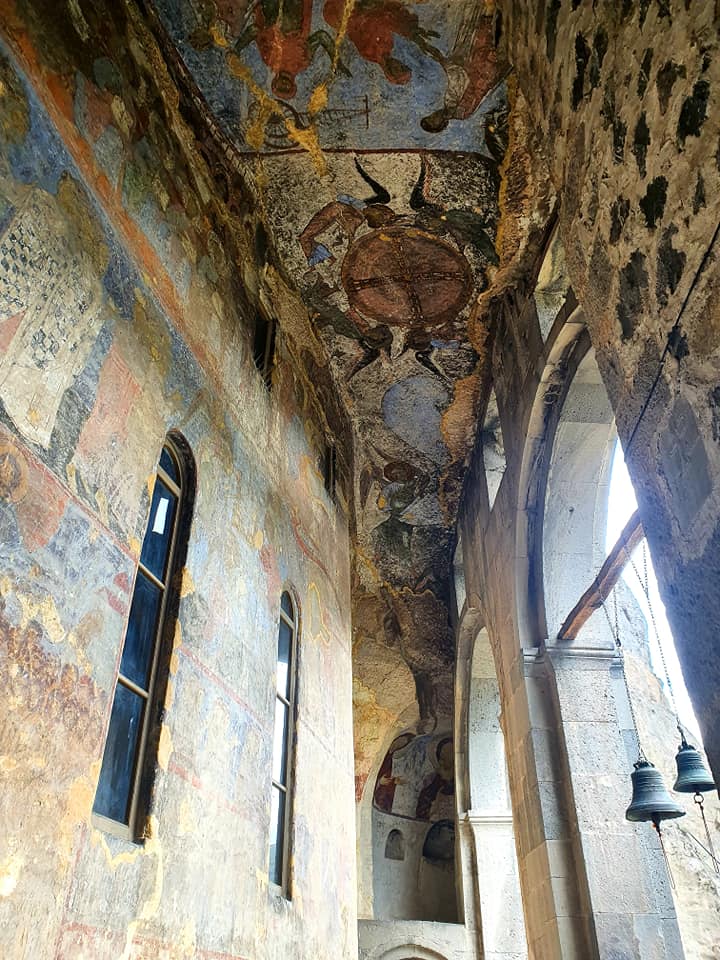 "Rock towns and fortresses of Georgia"

This tour will be of interest to lovers of ancient cities and medieval fortresses. Many of them have been preserved on the territory of modern Georgia, and each of them played a significant role in the history of the country. On this tour, we will visit 5 different regions to explore real open air museums.

Landing at Tbilisi airport. Meeting and transfer to the hotel. Free time.

Meeting with the guide and sightseeing walking tour of Old Tbilisi. You will find out where its history began, walk along the old narrow streets, look into one of the main Temples of the city – Sioni Cathedral, take beautiful photos under the glass dome on the Bridge of Peace, take the cable car up to the Narikala Fortress – one of the symbols of our city from where a magnificent panorama of Tbilisi opens.

Independent return to the hotel.

Breakfast in the hotel. Meeting with a guide and departure for an excursion to the ancient capital of the state – the city of Mtskheta, where you will visit the Svetitskhoveli Cathedral and climb a high rock, to the Jvari Temple (everyone who read Lermontov’s poem “Mtsiri” knows about it).

On the way to Tbilisi, we will stop for lunch at the famous restaurant “Salobie” – a very authentic place with simple but delicious Georgian cuisine.

Transfer to the hotel after the end of the tour.

Breakfast in the hotel. On this day we will head to the South-West of Georgia and in total we will drive about 230 km. The first stop is the dead rock city of Uplistsikhe, whose history begins at the end of the 2nd century BC. It is completely carved into the rock and, to this day, has preserved the religious, cultural and historical layers of different eras.

The next stop is the world-famous Borjomi resort. We will walk in the city park and taste mineral water from two different sources. Yes, yes, Borjomi has different tastes.

For the night, we will stop in the capital of the Samtskhe-Javakheti region, the city of Akhaltsikhe.

Breakfast in the hotel. In the morning, we will visit the main attraction of the city – Akhaltsikhe Fortress (Rabat). It was built in the 9th century and was called Lomsia, later, in the 12th century, the owner changed at the fortress, it was rebuilt and renamed Akhaltsikhe, which means “New Fortress” in Georgian. The fortress has repeatedly been the center of hostilities in the region. Today, it has been completely restored. On its territory there is a castle, a gallery, secret rooms, a mosque and a madrasah. We will definitely tell you about how the architectural structures of Muslim culture ended up on Georgian soil.

At a distance of 50 km from Akhaltsikhe, there is one of the most impressive sights of Georgia – the cave city of Akhaltsikhe. It would have been carved into the thickness of the rock, in the XII century, and before the earthquake that occurred in the XIII century, it was completely hidden from the eyes of passing travelers. We will be able to explore the remaining caves for various purposes and visit the temple of the monastery, which is located in Vardzia today.

Breakfast in the hotel. In the morning we will visit another fortress in this region – Khertvisi. Historians consider it one of the oldest fortresses in Georgia. It is very impressive with its impregnable view, due to the fact that it is located on top of a cliff.

Return to Tbilisi, on the road passing Paravani Lake (the largest in Georgia).

Lunch at a small family restaurant.

Breakfast in the hotel. On this day, you will meet with the mountains – a journey along the Georgian Military Highway to the snow-capped peak of Mount Kazbeg. On the way, you will see the medieval Ananuri fortress, the picturesque Zhinvali reservoir and the Gudauri ski resort. In the village of Stepantsminda, we will transfer to an SUV that will take us along a mountain serpentine, to a height of 2100 meters to the Gergeti Trinity Church. An amazing place of Power, where you can feel the unity of God, Nature and Man.

On the way to Tbilisi, we will stop for lunch in the village of Pasanauri, which is considered the birthplace of the famous Georgian khinkali.

Return to the hotel in Tbilisi.

Free day in Tbilisi. You can go to the Historical Museum, walk around the modern city center – Rustaveli Avenue.

Breakfast in the hotel. Departure to the Eastern part of Georgia – the wine region of Kakheti. On this day, you will visit the “City of Love” – ​​Sighnaghi, visit the branch of the State Historical Museum, which houses a large collection of works by the Georgian artist Niko Pirosmani. Not far from Signagi is the monastery of St. Equal-to-the-Apostles Nino. One of the key figures of Georgian Orthodoxy. She, still in IV, converted the country to the Christian Religion. In the monastery is her grave – a place of worship for pilgrims from all over the world. The wishes made by St. Nino come true.

We will have lunch at a local winemaker. You will have the opportunity to get acquainted with the life of the Kakhetians and taste real, homemade wine, made with love, according to all the traditions of Georgian winemaking.

You will learn more about how Georgian wine is made according to European technology and its taste when we arrive in the city of Kvareli, one of the oldest factories in the region.

Breakfast. Tour of the city of Telavi – the capital of the region, which is known to everyone who has watched the film “Mimino” at least once. We will visit the palace of King Erekli II, touch the tree, which is 950 years old and go to the estate of the princes Chavchavadze in Tsinandali (excursion and tasting).

Returning to Tbilisi, we will visit one of the oldest Cathedrals in Georgia – Alaverdi. Overnight in Tbilisi.

Breakfast in the hotel. Free day in Tbilisi.

Day 11 - Transfer to the airport

Breakfast in the hotel. Transfer to the airport.

*** Prices depend on the exchange rate of the national currency and are subject to clarification when booking. 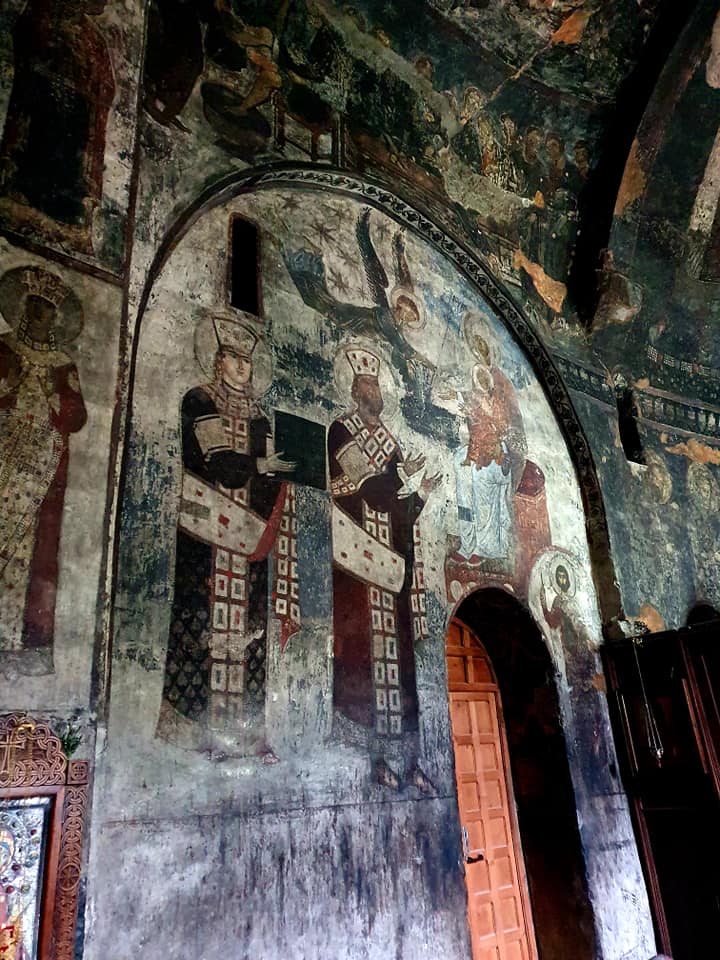 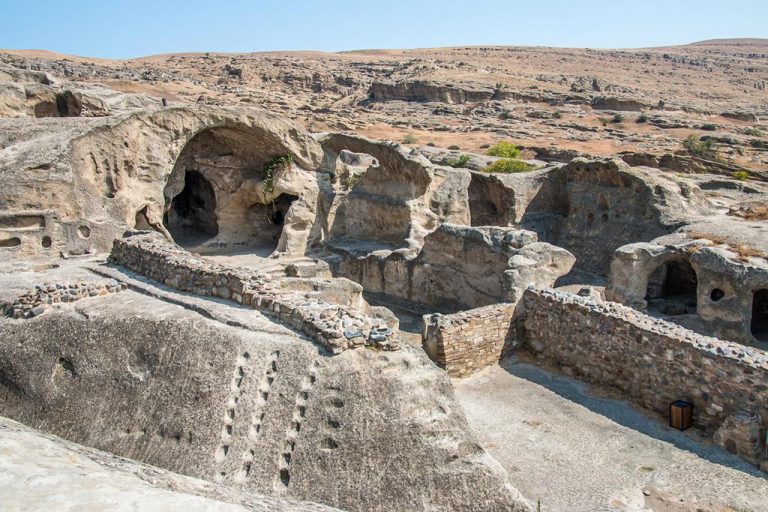 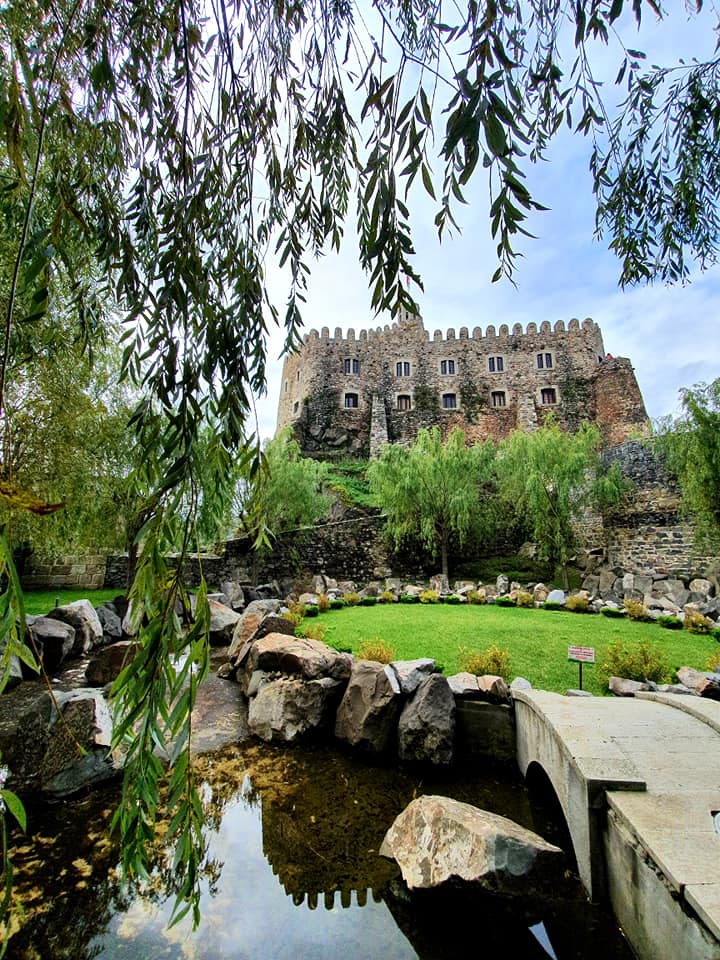 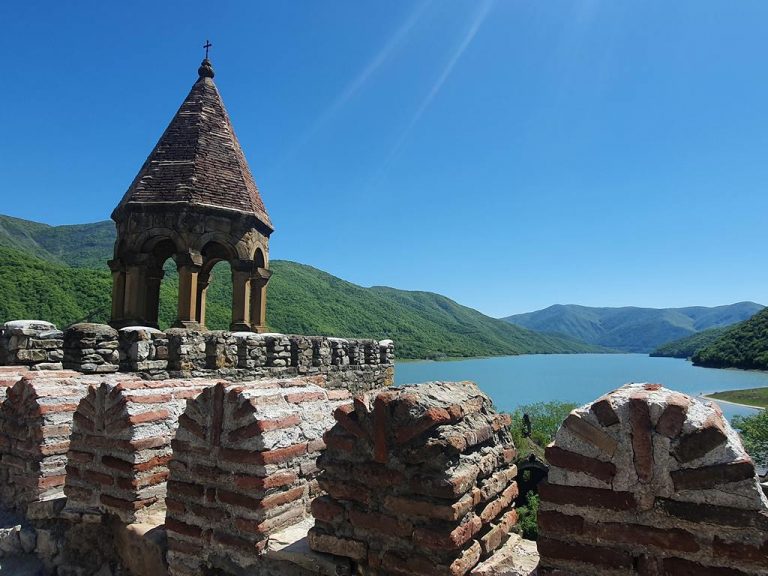 Do you want to visit Georgia on an Individual program? Write and we will organize the best trip, just for you.

Book a Tour
VIEW ALL TOURS

See you soon in Georgia!